*Additional note 1. The taxi rate and the travel time may differ according to the traffic situation. 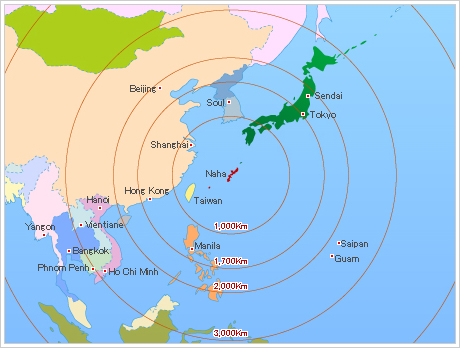 The Okinawa Islands are situated right between Kyusyu and Taiwan, and is known as the southern gateway of (to) Japan due to (it’s) close (proximity) to China, Southeast Asia and Oceania. Within the range of 1500km radius, Okinawa is center point to Tokyo; other major cities in Asia like Taipei, Shanghai, Hong Kong, Soul, and Manila. Okinawa lies 24 to 28 degrees north in latitude, and has the only subtropical maritime climate in the region of Japan. 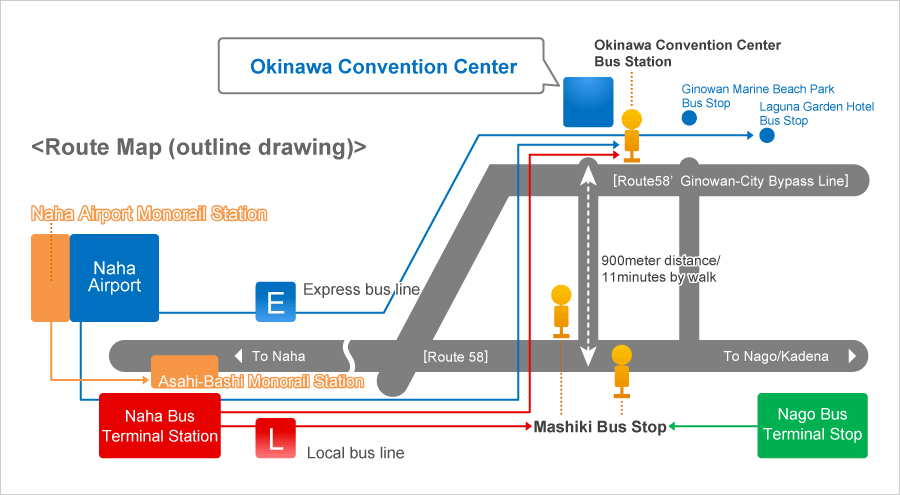 Route number is indicated on the front display of each route bus. Please pick the appropriate route number.

Airport Limousine Bus is easy accessible
*Additional note: This limousine liner is not to stop at the convention center, get off at Laguna Garden Hotel bus stop and walk to the center for 10 minutes.(takes from 55 minute) Fare: ￥600

Access by the monorail(Asahibasi station and Furushima Station are easy accessible) – See the route map and operation time table.
・About 11 minutes from the airport to Asahibashi station. Fare:\260. From Asahibashi station to the bus terminal station takes 3 minutes by walk.
・About 21 minutes from the airport to Furushima station. Fare:\320. From Furushima station to the convention center takes 15 minutes by taxy.

About 120 minutes from Nago Bus Terminal Station to Mashiki bus stop. Fare:\￥1,650 Route: No.20andNo.120
* Additional note: 1. The required time is defer according to the traffic situation.2. The operation of bus liner on Saturday, Sunday and public holidays are run in less number than on week days.
Contact to the mass transportation services

・Takes about 30 minute (10 km distance) from the center of Naha city.

・Takes about 90 minute (56 km distance) from the center of Nago city.

Required time may differ according to the traffic situation.

Information
Remainder for driving by a rental car

Some area have exclusive bus lanes, and they are not allowed for regular vehicle at morning and evening time on week days (These traffic restriction are not enforced on Saturday, Sunday and public holidays)

As you exit from the IC(Expy Gate 2), turn left and go straight for 500 meter on Route 330. Enter into left lane and go straight to Makiminat and traverse Route 58 then precede bypass. You can view the sea at left side. The main entrance is located adjacent to the yacht harbor of roadside.

The on-site free vehicle parking of the center is available, however, due to the space limited;please use the toll parking of Ginowan city municipal marina adjacent to the center at prim time of the event schedule. (par vehicle \300 daily) 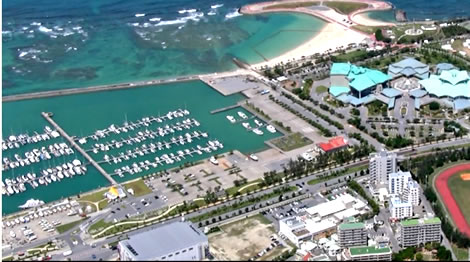